The Detroit Public Library is quite a treasury. In the document archive section they have papers which I really like to share on this blog. Here is a receive from 12 August 1858. I think it is about different kind of taxes the furniture company Stevens & Zug had to pay to the city for different lots they owned by that time. 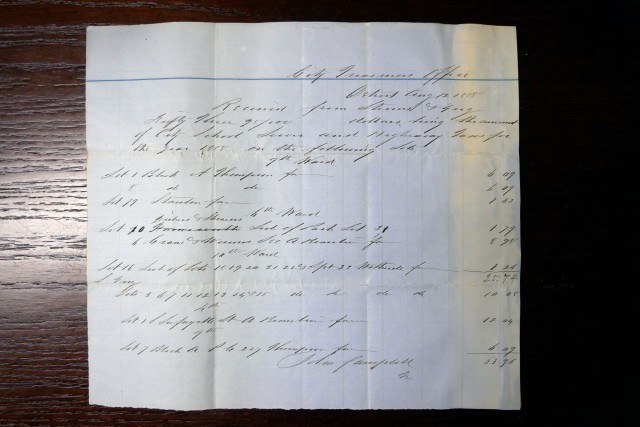 Here are two documents from 1846 and 1849 that both attest the receive of a certain amount of money for road taxes for different lots which were paid by Samuel Zug.

The following document is from the city collector and is dated 8 October 1855.
Receive of Samuel Zug
Sixteen 4/100 Dollars
in full for Assessments for Paving Grading (?) laying Curb Stone and Cross Walk on all that piece or parcel of land […]

The next document is from the City Treasure Office (?) from 1859.
Receive of Samuel Zug
Two Hundred & forty four 37/100 dollars being the amount of City School [?] and Road Taxes for the year 1859 on the following Lots
1st Ward
[…] 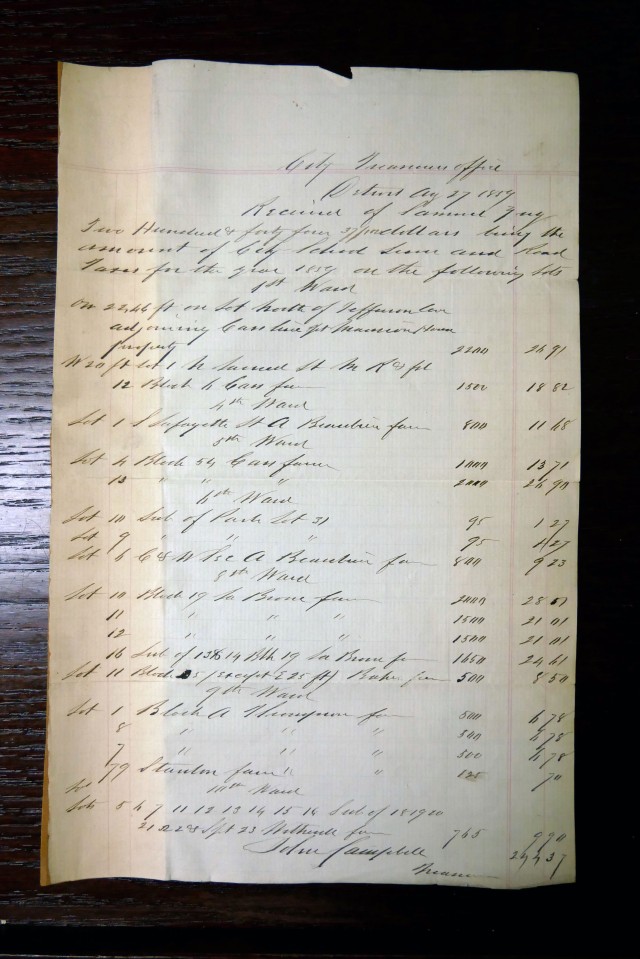 The following document shows Samuel Zugs handwriting. The letter is dated 1840.
[…] Please have an examination made of the following parcels of Sand (?) or City Lots [?] whether any have ever been sold for Taxes whether they are clear. Send me the result of the examination together with the bill of Charges & I will permit you a check for the [?].
I very much oblige (?)
Yours [?]
Samuel Zug
[…] 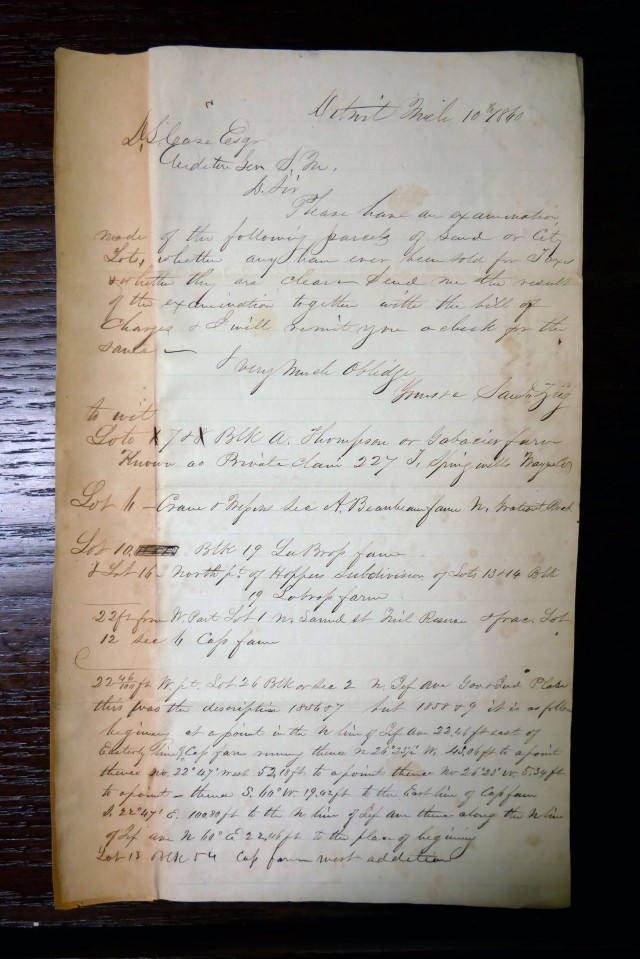 On the top document of the following two papers you see, once more, Samuel Zug’s signature. The check is dated 14 July 1858. 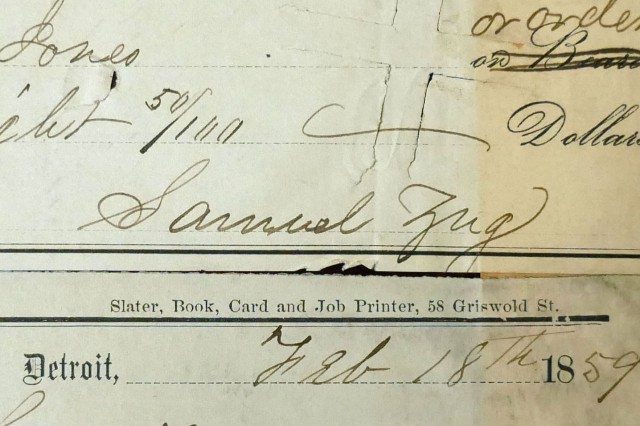 I would like to end today’s blog with some music. This alternative rock band from Detroit is called Zug Izland. Turn up the loudspeakers! It’s rock!